7 Considerations When Buying A Portable Generator 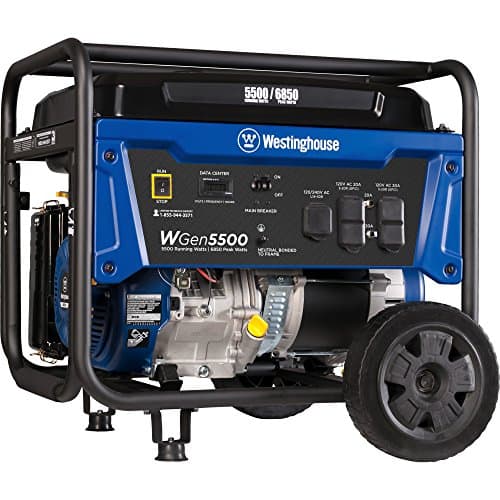 The infamous “Snowtober” (surprise snow/ice storm in late October) of 2011 caught the Northeast of the United States by surprise, shutting down highways, trains, and over 22 million people without electricity, including my family. Fortunately, we had a wood stove for warmth and could open doors to the rest of the house to keep pipes from freezing. We had plenty of well water too, it was just sitting at the bottom of a 175 foot well. Without electricity we could not get it up. So we made daily trips to the local fire station to fill jugs for drinking and cooking…for 11 days!

After all the downed limbs were cleared, and some resemblance of normal returned, I, like many people, researched, went out and bought a portable generator. I should say barely portable. In order to pull water up from 175 feet below ground I needed a good size pump that required 220V electricity. Most smaller portable generators don’t put out 220V AC. I spent extra for a “tri-fuel” kit that allowed me to run it on gasoline, diesel or propane. We chose propane for our fuel because we could store several tanks at a safe distance from the house.However, after that storm, we realized our very survival could depend on having backup power. So, steeling ourselves for complications, expense, and technical hell, we reworked our budget.

I hope these tips will make your process easier, faster, and less painful than mine. A really great find was this glossary of terms in the portable generator world (http://www.omafra.gov.on.ca/english/engineer/facts/00-057.htm).

Please note that this article is specific to portable generators.

What To Look For In A Generator

Before I started researching, I wondered if there was such a thing as a solar generator. Thank goodness the power was on that night because I discovered online that yes, there was, and that there were many for sale.

But let me back up. What about gas or diesel, the most popular portable generators?

– Size/capacity. These are big beasts, some oozing with wattage. Many can run your fridge, your computer, and your phone, perhaps even your heating and cooling systems.

– Must be run outdoors (toxic fumes);

– Spillage could cause a serious fire;

– Limited shelf life (gas is about one year);

– In survival situations, fuel is scarce; and

– Noise: as in, louder than a high school keg party, although some manufacturers are advertising quieter motors.

– No problems with spillage (propane evaporates); and

– Engines have more problems; and

– Silent as a monastery; and

– Much lower power capacity; and

– Can charge while in use but dependent on the sun, who doesn’t always cooperate.

There are also generators that combine gas and propane (known as “hybrid,” “dual system,” or “dual fuel”). These are beyond the scope of this article. Check out our top rated dual fuel generators here.

Portable generators run from between $400 and $4,000USD, so budget is another important consideration

With fuel-powered generators, more power means more money. Want continuous power for hours or days? You’ll pay a pretty penny for that too. You’ll also pay for a quieter motor.

Solar panels that collect up to 100 watts of electricity are costlier than those whose capacity is 50 watts. Also, light weight models with higher wattages have a higher price tag.

It’s about the number of outlets and power output capacity. First figure out the power requirements for the appliances and electronics in your home. These are average figures for some common appliances:

Most appliances have labels with their power requirements, but it’s a good idea to consult an electrician. Also consider what basic power needs you’d have in a survival situation. Not sure about you, but I don’t see myself trolling on Facebook and making a smoothie while watching floodwaters rise and trees fall outside my kitchen window.

How well does the generator function? Most models give you the number of hours they’ll run on a tank of fuel or at full battery capacity; note that there’s a difference between continuous rating, which is how much power your generator can supply continuously, and maximum rating, what the generator can supply for short periods of time. Definitely look at warranties as the idea is to have something that will be around for the long term. Also look at what the generator is made of. Steel is a solid choice. Many reviews look at tires on wheels since they can go flat. Starters for gas generators can also malfunction so it’s good to know a model’s history before you make your purchase.

Seems obvious but it’s often overlooked. At 20 pounds, pretty much anybody can lug this generator around as necessary. For camping the Yamaha EF2000iSv2 is one of the lightest and quietest portable generators, and provides between 1600 and 2000 watts of power. But at 44 pounds, the thing weighs more than a four-gallon bottle of filtered water. The DuroStar 4,400 watt weighs 138 pounds. Does that sound like portable to you?

Anyone who’s made a big purchase has gone through that massive list of features. For us technically challenged sorts, even understanding what the features are or what they do can be daunting.

Want your portable generator to run your entire home’s electricity needs, or like me, need a critical piece of equipment like a well pump that runs on  220-volts? Other  appliances like dryers and stoves also run on 220V. You can easily top  5,000 watts or more. At this size you must have a transfer switch or an interlock device. This connects the generator to your circuit panel. If you lose power and want to transfer to your generator, you’ll need to flip a switch so the system knows the power source has changed. You’ll need an electrician and can run  between $500-$900USD. Interlock devices run a few hundred cheaper and are easier to install. But this is absolutely necessary, since there are safety risks without it, to you, to workers making repairs, and to your appliances, including your generator.

Other features and add-ons: automatic starts, electric start for gas generators, wheels to help move the heavier beasts, fuel gauges, a gas can, fuel stabilizer, ground-fault circuit interruption, economy mode switch, low-oil shutoff, multiple outlets (if you have an electric car, make sure there’s a car charger outlet), weather-resistant storage covers, and a removable console. A gen-cord means just one cable between the generator and the house (more important for fuel-powered machines, when the generator is further away from devices).

With solar, you can purchase more panels and switch them off during a longer survival situation.

If you’re in a crisis, the last thing you need is danger. The EPA regulates generators for emissions levels, since the fumes can be lethal. California has an even tougher law You’ll find compliance with either the EPA or CARB noted on the packaging. Purchase a California-compliant model for maximum safety, regardless of where you live, as regulations keep changing, and the health benefits of a cleaner burning engine outweigh the marginal extra cost..

Portable generators offer peace-of-mind, knowing that in an emergency, you have a limited power source for necessities. My advice would be to KISS (keep it simple, stupid). It’s hard to predict what will happen with climate change, but if we invest a bit of time and money, survival is a heck of a lot more likely.

Independently Reviewed for Factual Accuracy by:

Dr. Mitch is an Energy Efficiency and Sustainability Engineer with 18 years experience in energy efficiency, and renewable energy for commercial and industrial properties. He is also co-founder of FactoryoftheFuture.org, an innovation hub helping factories adopt sustainable, low-carbon solutions for the “making of things”.

You do not have any posts.
[starbox id=streamshare] 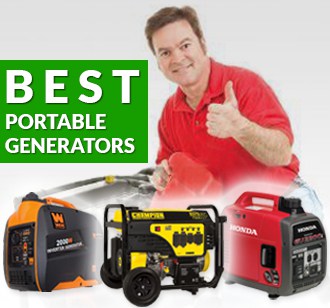 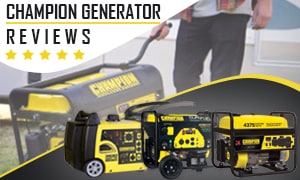 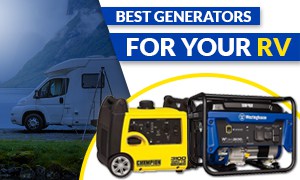 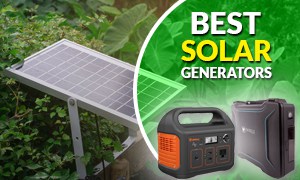 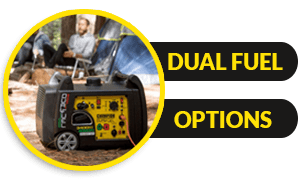 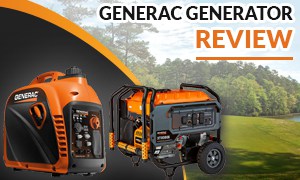